Skip to content
I am writing my sixth novel, titled the Hidden Abbey. It is, of course, Visionary Fiction, which means stories with spiritual or metaphysical elements that are geared to offering the reader a shift in consciousness. 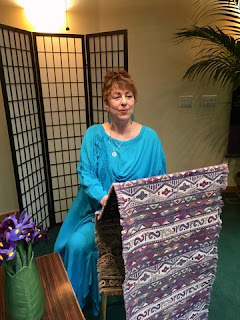 Last weekend, I joined a group of other writers, including those from my writing critique group “The Destiny Writers,” to present a Reading Salon to an audience of nearly fifty interested readers from our Ashland hometown and surrounding areas. We were enthusiastically received and it gave us a wonderful opportunity to share our literary works in progress.
The following was the introduction to my reading excerpt.
The Hidden Abbey is set in Glastonbury, England and its mystical counterpart, the Isle of Avalon. It takes place in two different centuries – the 16thand the 21st.
In 16th century England, Marissa, a young priestess of Avalon, falls in love with Michael, the son of a wealthy English landowner. Michael will defy his father’s military aspirations for him to become a monk at the Glastonbury Abbey. As King Henry VIII sets out to destroy all of England’s 800 Abbeys and Monasteries (this is historically true), Marissa and Michael are torn from each other
Interspersed with this 16th century story is a story set in present day Glastonbury. Sophie, a cynical journalist, and Daniel, a photographer, are sent on assignment to cover the commemoration of the destruction of the Glastonbury Abbey. These two will discover that they are, in fact, destined to fulfill the star-crossed love of the priestess Marissa and the monk Michael.