Skip to content
A fated love and a sacred destiny brought through time. 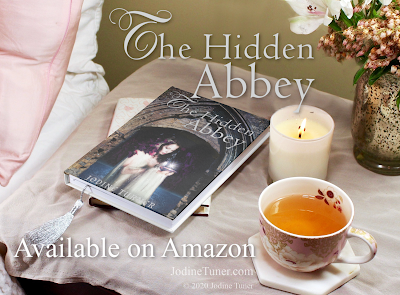 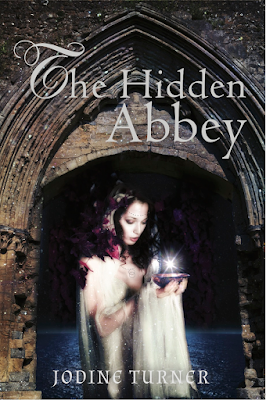 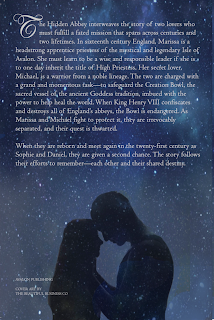 The Hidden Abbey interweaves the story of two lovers who must fulfill a fated mission that spans across centuries and two lifetimes. In sixteenth century England, Marissa is a headstrong apprentice priestess of the mystical and legendary Isle of Avalon. she must learn to be a wise and responsible leader if she is to one day inherit the title of High priestess. her secret lover, Michael, is a warrior from a noble lineage. The two are charged with a grand and momentous task–to safeguard the Creation Bowl, the sacred vessel of the ancient Goddess tradition, imbued with the power to help heal the world. When King Henry VIII confiscates and destroys all of England’s abbeys, the Bowl is endangered. As Marissa and Michael fight to protect it, they are irrevocably separated, and their quest is thwarted.
When they are reborn and meet again in the twenty-first century as Sophie and Daniel, they are given a second chance. The story follows their efforts to remember—each other and their shared destiny.
***************************************************
Ten years in the making.

In 2010 I received guidance to return to Glastonbury, England. Specifically, to the Abbey ruins, as that location would be where my next novel took place. While there, I visited the Mary Chapel, the now open crypt housing an altar alcove and a long nave.

I had received many visions while meditating in this spot when I lived in Glastonbury years before. This time, as I had often done previously, I sat on one of the stone benches in front of the altar. As I meditated, I saw a monk in my mind’s eye. Someone who had often visited my previous meditations. Unexpectedly, all the prior year’s meditations integrated, giving me fresh clarity and a vision for this novel, The Hidden Abbey.

This is the monk’s heretofore untold story of the mystical underpinnings of Glastonbury Abbey, the hidden Abbey. And the tale of the undying love between him and the Avalon priestess, Marissa.

Dear readers,
Reviews are the best way to tell an author you enjoyed their book.  Would you please leave a review on Amazon? It can be short–“I liked it” is fine. Thank you, you are so appreciated!