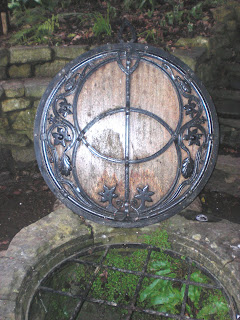 My newest novel (releases August 1), Carry on the Flame: Destiny’s Call Book One, takes place in modern day Glastonbury, England. Glastonbury has also been known through the ages as the mythical Isle of Avalon, the Enchanted Isle, Ynis Witrin, and the Celtic Otherworld. It is indeed an enchanted land of rejuvenation and regeneration. Some even say the legendary King Arthur sleeps the peace of death there, waiting for the right time to return. With mystery and magic, Glastonbury calls out to many of us to re-member. To come together again and embrace the divine feminine, as well as the sacred feminine modalities that exist within all of us, man or woman. These include the qualities of being receptive to inner wisdom, authority, and guidance, but even more so the alchemical power of love inherent in our very cells. The Holy Grail. This is the divinity in matter; embodied love.
I was introduced to Glastonbury when I read Marion Zimmer Bradley’s classic novel The Mists of Avalon. I fell in love with Marion’s depiction of Avalon, particularly the holy well we now call Chalice Well. When I became ill in the 1990’s and was off work, I took the opportunity to move to England. I lived in Glastonbury for 13 months and quickly discovered that Glastonbury is no ordinary town in the Somerset plains of England. I invite you to explore the true nature of Glastonbury and its Chalice Well with me. It is Glastonbury’s heart that I most want to share with you.
This primordial wellspring has been venerated for eons. Its red tinged waters are not only curative but also considered potent transducers of the spiritual energy of the land. Legends have grown and have been forgotten over the centuries, each in their time claiming the fabled wellspring as their own. The most recent legend, two thousand years old, speaks of a chalice – Jeshua the Christ’s drinking cup from his Last Supper, the one used to collect his blood as he died on the cross. The chalice was said to be buried by the well, thus giving the wellspring its contemporary name of ‘Chalice Well.’ Christian accounts blended with the Arthurian romances of the Middle Ages, to leave their mark on Glastonbury. King Arthur and his adored Guinevere were said to have been buried on the grounds of the nearby Glastonbury Abbey ruins located in the center of the town. Despite the romantic and Christian overlay, I feel the innate heart of Glastonbury belongs most to those who see and feel the Goddess present in the natural features of the land itself. (Kathy Jones, the local Goddess historian in Avalon, has authored many books on the subject of the Goddess in Glastonbury).
While living there and visiting the gardens nearly every day, I experienced inspiring dreams and waking visions. I studied the folklore and legend, and its sacro-magical knowledge. And during that time, I began to write my Goddess of the Stars and the Sea series about priestesses who had lived in Glastonbury, the ancient isle of Avalon, throughout its history. Because this land and its sacred sites captivated my heart, my soul, and my imagination, Glastonbury’s Chalice Well Gardens provides the setting for much of my new novel, Carry on the Flame.
Though I am back in the USA now, I remain entranced with these sacred sites of Avalon – not only the Chalice Well Gardens, but also the mysterious conical hill called by the Celtic name the ‘Tor.’ My Goddess of the Stars and the Sea novels are imbued with the transformative energy of the Goddess in this land. She is the evolutionary force of embodied love. And I believe love embodied is the way forward for humankind during the dark and troubling times of today’s world. 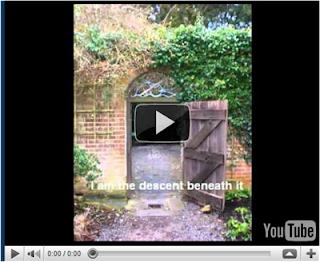 So, I invite you to explore Avalon and see what it ignites within you through my two minute video, Goddess Magic in Avalon: a ritual of re-membering. In the video you will ‘take a walk’ through these legendary gardens as well as the mysterious Tor hill, accompanied by the ancient call of my “Avalon Priestess” poem, and evocative music.

After you watch my video, please do let me know of your experiences and what it ignites within you. Please leave a comment here on my blog, or let me know your experiences via my Facebook author page, and feel free to share it with people you think would enjoy it, too.
Enjoy the ritual of this multi-sensory video experience!